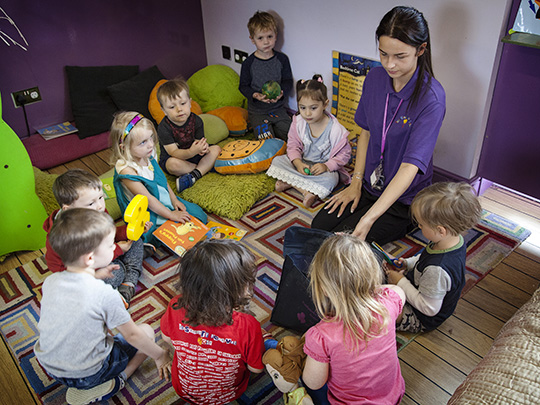 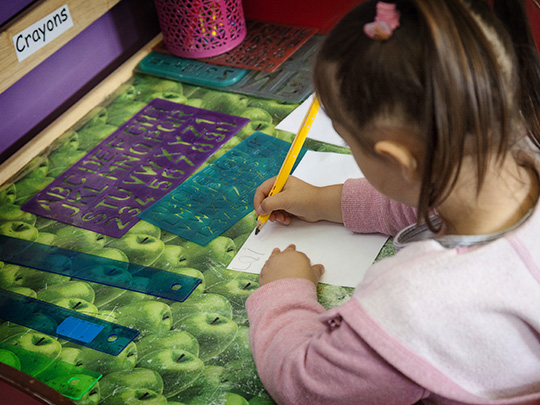 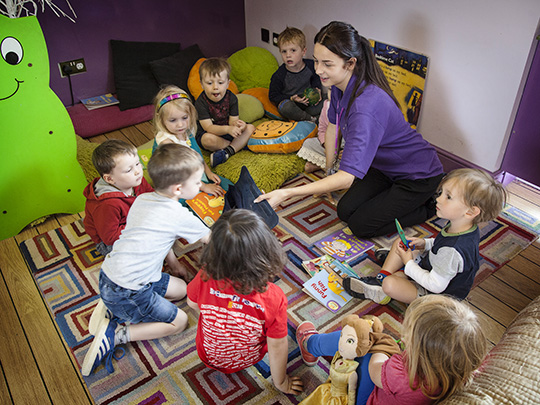 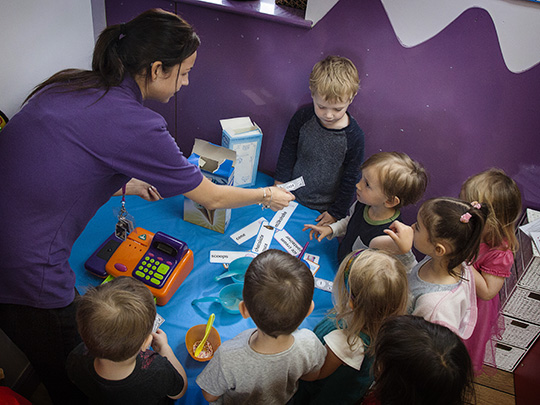 Children at Tiddlywinks start to learn letters and sounds (Phase one) in Preschool in readiness for school.

Letters and Sounds aims to build children's speaking and listening skills in their own right as well as to prepare children for learning to read by developing their phonic knowledge and skills. It sets out a detailed and systematic programme for teaching phonic skills for children starting by the age of five, with the aim of them becoming fluent readers by age seven.

What Are Phonics Phases?

Phases are the way the Letters and Sounds Programme is broken down to teach sounds in a certain order.

At the same time whole words that cannot be broken down easily, (we call “tricky words”) are taught to the children.

Split digraph: Two letters, which work as a pair, split, to represent one sound, e.g. a-e as in cake, or i-e as in kite.

Trigraph:  three letters which together make one sound but cannot be separated into smaller phonemes, e.g. igh as in light, ear as in heard, tch as in watch.

Segmentation: means hearing the individual phonemes within a word – for instance the word ‘crash’ consists of four phonemes: ‘c – r – a – sh’. In order to spell this word, a child must segment it into its component phonemes and choose a grapheme to represent each phoneme.

Mnemonics: a device for memorising and recalling something, such as a hand action of a drill to remember the phoneme /d/.

Comprehension: understanding of language whether it is spoken or written.

Phase One falls largely within the Communication, Language and Literacy area of learning in the Early Years Foundation Stage. In particular, it will support linking sounds and letters in the order in which they occur in words, and naming and sounding the letters of the alphabet. It also draws on and promotes other areas of learning described in the Early Years Foundation Stage (EYFS), particularly Personal, Social and Emotional Development and Creative Development, where, for example, music plays a key part in developing children’s language. Phase One contributes to the provision for Communication, Language and Literacy; it does not constitute the whole language provision.

The activities in Phase One are mainly adult-led with the intention of teaching young children important basic elements of the Letters and Sounds programme such as oral segmenting and blending of familiar words. However, it is equally important to sustain and draw upon worthwhile, freely chosen activities that are provided for children in good early years settings and Reception classes. The aim is to embed the Phase One adult-led activities in a language-rich provision that serves the best interests of the children by fully recognising their propensity for play and its importance in their development.

It follows that the high quality play activities which typify good provision will offer lots of opportunities to enrich children’s language across the seven areas of learning in the EYFS:

Tiddlywinks practitioners are aware of the opportunities afforded for language development through children’s play, and are able to link learning from the Letters and Sounds programme.